A German engineering firm has agreed to plead guilty to a felony in the United States and pay a $35 million fine for its role in assisting Volkswagen Group to market and sell diesel-powered vehicles in the U.S. that used a defeat device to cheat on emissions testing. 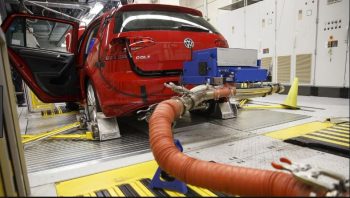